When buying food for your family, it never hurts to be too choosy—especially when it involves chemicals and toxins that could potentially be entering your body through the food. Although many different food options are now available in the market, that also means more harmful ingredients you and your children could be eating unaware. When buying groceries, watch out for these ingredients that will do you more harm than good.

What it is: Aspartame, a chemical that creates an artificially sweet flavor

Why you should avoid it: Aspartame in itself is harmful, but also contains other harmful chemicals like Formaldehyde, and aspartic acid. So many studies have found Aspartame to be linked to diseases like cancer, multiple sclerosis, alzheimer’s disease, Parkinson’s disease, hypoglycemia, dementia, and much more.

Alternatives: Although it hasn’t been banned, many scientists say there’s enough evidence to prove that its use should be banned. Stick instead to more natural and less-processed sugars like cane sugar, coconut sugar, and other sweeteners like honey and stevia.

What it is: An amino acid used as a flavor enhancer.

Why you should avoid it: Even when we were growing up, this artificial seasoning was already getting a lot of bad rap. MSG has been linked to depression, eye damage, headaches, and obesity, because something in its chemical make-up suppresses our “full” gauge, making us eat much more than we actually need to.

Alternatives: Unprocessed salts, pepper, and herbs make for great flavoring for your dishes. A simple combo of salt, pepper, and rosemary can go a long way to season your proteins.

What it is: A manufactured oil formed through hydrogenated vegetable oil.

Why you should avoid it: According to the Mayo Clinic, trans fat is considered by many doctors to be the worst type of fat you can eat because it raises your “bad” cholesterol levels while lowering your “good” cholesterol levels. This means an increased risk of heart attacks, heart disease, diabetes, and strokes.

What it is: A kind of preservative used for meats. In higher doses, it’s used to kill pests and rodents

Why you should avoid it: It’s used to prevent bacteria from growing in food (hence the use in preservatives), but because of this, it can cause adverse effects. Studies have found that it causes cancer, and is said to cause damage to your blood vessels, clogging your arteries and leading to heart disease.

What it is: A kind of salt used as a preservative and to help prevent fruit discoloration

Why you should avoid it: Sodium sulfite can cause headaches, or in extreme cases, anaphylactic shock. Other severe symptoms can include a narrowing of the airways and difficulty breathing.

What it is: A very refined artificial sweetener

Why you should avoid it: Some studies have shown that the hormone responsible for telling your brain that you’re full, causing you to eat more, potentially gaining weight and towards obesity.

What it is: Antioxidant preservatives used.

Where it’s usually found: In cereals, potato chips and chewing gum to keep them from going rancid

Why you should avoid it: Although scientists are divided on whether or not this is safe for humans (the US Food and Drug Administration deems it “generally safe,” while the National Institutes of Health says it has some links to cancer), many prefer to avoid it as much as possible. 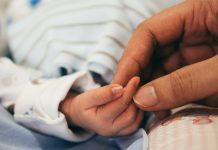 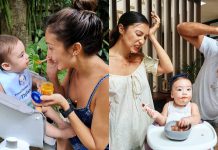 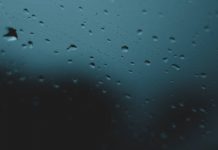