Are you thinking to yourself, “I just can’t wait until my baby starts talking, it would be so great to know exactly what he wants!” Believe me when I say that once your baby starts talking, he won’t stop!   It does make things a lot easier, particularly when he can tell you if he’s not feeling good.  Well, this month, your baby is not going to speak to you in sentences yet, but he is building up his vocabulary and showing you things he’s interested in.

Pointing is a very important part of communication.  It is his way of telling you that there is something he is interested in.  Pointing usually starts at twelve months, but some researchers give a larger range of nine to fifteen months.  Again, remember that each child’s pace of development is different and will not always reach a milestone at a specific age.  My two children are polar opposites in their first year of development.  My oldest daughter learned her first baby signs when she was ten months old, pointed at eleven months, but did not take her first steps until thirteen and a half months old.  When my youngest was aged twelve months old, he did not use many baby signs, barely started to point and took those first few steps until he reached eleven and a half months.

At this time your baby may also start saying two words besides “mama” and “dada.”  It will be a word that he hears you say quite often or has been trying to imitate.  My daughter’s first two words besides “mama” and “dada” were “uh-oh” and “no.”  That’s when I realized we were saying “no” way too often and instead started to redirect her to something else.  Your baby saying two words in addition to “mama” and “dada” is on the early side of the curve so don’t be alarmed if your baby has not said a word clearly yet.  But if your baby is babbling a lot to you, to his toys, when he is exploring your home and imitating sounds that you make, he is well on his way to saying his first word! 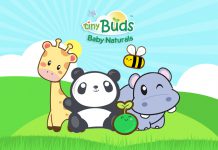 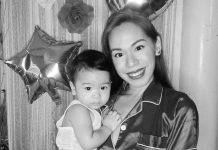 SIDS Is Real: Mom Shares Her Story to Raise Awareness