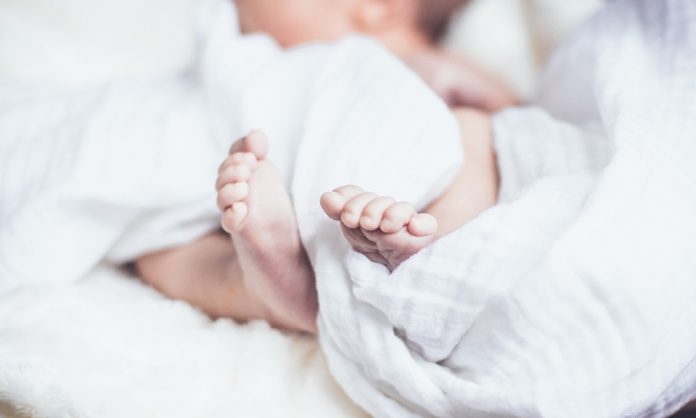 When I was nearing the end of my pregnancy, my third-trimester body formed a shape I’d never had. My belly was almost perfectly round, causing many to comment that I looked like I had swallowed a watermelon, or guess that I was carrying a girl (which was true), or say something really nice like “You look like you’re about to pop!” (which sounds even better in Filipino: “Parang puputok ka na!”).

Kidding aside, despite frequently hearing comments like these, I was a happy mother-to-be and proudly showed off my baby bump every chance I could.

I really liked that the maternity trends in fashion encouraged me to show my bump and not to hide it. Gone are the days when pregnant women were limited to dressing solely in loose, empire cut, ribbon-tied dresses. Many women today are proud to be pregnant, and the number of maternity shoots and baby bump selfies of women wearing belly-hugging dresses (or none at all) on Instagram prove that. And justifiably so, as what is there to hide about carrying a human life?

It was precisely this—that I was carrying a human life inside me, that made me ogle at the oversized watermelon with as much fear as curiosity.

What great power have I been given, I would wonder, to be able to grow a human being—one that will breathe, think, speak, and walk! How is it possible my clumsy self has been entrusted with this little creature’s future, story, and soul? Some call it science, but I think it’s magic. The miracle of life, others say.

Magic or not, I dreaded my baby’s delivery as much as I anticipated it. I was told one too many horror stories. The labor pains are like period pains times one thousand! I haven’t slept for more than 3 hours in months! Breastfeeding is even worse than labor pains! Have you heard of Sudden Infant Death Syndrome?? I knew these warnings were well meant, but in retrospect, I think it would be much more helpful to say things like: You’re going to be amazing! It won’t be easy but it will be worth it!

Or something like what my boss told me which was even better: Welcome to the best years of your life!

Welcome to the best years of my life.

I was so sentimental the day we took our baby home from the hospital. In the three days I spent there recovering, I had grown attached to the nurses whose support my husband and I leaned on during our first days. They were so patient, attentive, and tender, cheering me on to recovery and applauding my husband for handling diaper duty all on his own because I was limited to my bed. Our time in room 506 was a bit like our new family’s honeymoon, because after that real life would re-introduce itself and we would be on our own.

Taking our baby girl home made me feel like an excited little child again, enjoying a new present. We had all of her things ready for weeks. Her clothes were clean and folded in our closet. Her convertible bassinet was expertly assembled by my husband. Her baby soap and shampoo were lined up along our toiletries in the bathroom. Her diapers, several brands represented, were positioned at the changing table for their assessment. All we needed left was the baby, and we were finally taking her home.

I’ve only been a mom for a month, and I’ve wondered if my boss was right about the last month being the best so far. The rumors are true. There were times my husband and I would be so sleep deprived, we would ask people what day it was. All our days were marathons of feedings, burpings, and diaper changes, mostly because for some time our daughter had the strange (but not unique) talent of being able to feed and poop simultaneously. Some days were different, because they had extra special events, like ominous rashes that would appear on her face, or a wheezing (just a few boogers stuck up her nose) that worried me so much I cried. And on one of those days after, I remember waking up and thinking, “I can’t believe I need to do that all over again”.

So no, those days don’t sound like they comprise the best years of my life. They sound repetitive and boring and painful. Thankfully, however, parts of those days were also intertwined with other types of moments too. Such as feeling like a hero after every time I breastfeed, because I know she was getting bigger and stronger through my milk. Or hearing her sigh after she sneezes and loving it just because she’s a baby and she’s mine. Or watching my husband expertly burp her on his chest as though he’s been doing it for years. And these moments certainly make up for all of the repetitive madness. No matter how small or insignificant they are. No matter how far between each diaper change each moment happens.

Maybe that’s just the point. Maybe parenthood gives us the best years of our lives because it equips us to become capable of giving so much while receiving so little. Meeting our baby for the first time made every minute of labor worth it. And now, I can honestly claim that a small smile outweighs every hour of lost sleep.

Parents, it seems, are given the ability to revel in simple joys that have the power to change any day from bad to better. Maybe that’s the reason why they say that these days comprise the best years of our lives.