Did you know that studies have found that babies in the womb are able to experience all of its mother’s emotions? The connection between mother and child from the moment of conception is truly remarkable!

Pregnancy is one of the most powerful experiences of motherhood, and the groundbreaking film “In Utero” attempts to explain how our own experiences as babies in the womb affects our personalities, levels of intelligence, and overall quality of life.

Learn more about these amazing scientific discoveries at the screen showing of In Utero.

BONUS: There will be a 2-hour talk on childhood trauma and its effects on relationships, wealth, and health after the movie.

MomCenter is giving away 20 tickets to the winners of the IN UTERO, The Power of Pregnancy Facebook Contest.

To win a pair of tickets to In Utero Screening, all you have to do is:

There are only 10 pairs of tickets to be won, so hurry up and don’t miss this exciting opportunity!

PRAISE FOR “IN UTERO”

“Documentaries tackle tough subjects every day but a breakthrough documentary takes on a subject that people haven’t even thought about, let alone explored and come to a conclusion on. It takes a provocative and groundbreaking creative filmmaker to make a breakthrough documentary.” – Tonya Mantooth, Executive & Artistic Director of San Diego International Film Festival

“In Utero exposed a science that I was not privy to. Director Kathleen Gyllenhaal put together an informative, fun and engaging film that challenges the status quo when it comes to child rearing. It was eye opening.” – Anderson Le, Director of Programming, Hawaii International Film Festival

“Overall this is definitely one of the best documentaries I’ve seen in years. It has both: an eye- opening quality and a replay value.” – Anna Jozwiak, CPH:DOX

“A mind bending look at just how early our life circumstances affect us, and why myths and fairy tales have the power to soothe us. An unmissable viewing experience if you have even an ounce of curiosity about the course of human events.” – Courtney Pledger, Executive Director, Hot Springs Documentary Film Festival

“A damning exposé on the health care issues facing women today.Filmmaker Kathleen Gyllenhaal uses testimonials from health care experts, as well as cutting edge research to remind everyone that a newborn baby is only as healthy as its mother.” – J. R. Kinnard, Sound On Sight

ONLINE REVIEWS
“Every single human on Mother Earth should watch this film. To understand that when somebody is pregnant, “everybody is pregnant” around her. The emotions, experiences, environment are a big impact on the mother and on that baby’s life right then and there, in the womb and will continue to be a huge impact on its (and others around him/her) whole life later on. All this starts at conception and implantation, continues throughout pregnancy and at birth and will accompany him/her throughout life. Be kind!” – Lev Peto, Amazon Reviews (★★★★★)

“In Utero completely changes what we’ve been taught about who we are, by shedding light on a 9 month period of our lives that most of us have never thought about before. The environment in which a mother carries her child can have a profound impact on her baby – particularly if it is filled with stress and trauma and other negative emotions. This may seem like it puts a tremendous burden and blame on mothers – but actually, it shows that we are ALL responsible for the children of the next generation. It is up to us to create a society in which women (and their partners) are better supported – so that they can carry their children in a healthy, peaceful environment and, ultimately, raise them into good, kind adults. From here, we can change the world.” – Marisa Keane, Amazon Reviews (★★★★★)
“Excellent film providing insight to the core challenges we all face to our own healing and the healing of our planet, In depth information, top notch research and simply the best of the best professionals all
meet up in this outstanding documentary. I highly recommend “In Utero” to anyone who is seeking to find themselves and a better understanding of others. Humanity’s deepest source of fear and anxiety has now been exposed and is ready for healing.” – Cy, Amazon Reviews (★★★★★)
“This hopeful film completely changed my perspective on my childhood and relationship with my parents. Before this film, I had not considered my time in utero, which I now understand to be a vital part of the human experience. Using examples from pop culture and movies, this film makes it clear that our time in utero is intertwined within our cultural consciousness. I walked away from this film with a deeper understanding of our interconnectedness as a species and a commitment to be more compassionate toward myself and others. This documentary is mandatory viewing for anyone who wants to ensure a better future for generations to come. Artfully constructed and beautifully scored, this film was both emotional and an urgent call to action. As someone who has had family affected by World War II, this film shed perspective on my family trauma and allowed me to empathize with my ancestry in 3 ways I could not do before. Thanks to the director for giving us the insight to see ourselves with compassion and self-love!” 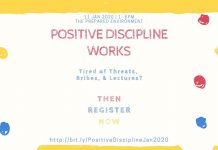 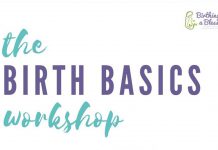 The Birth Basics Workshop Class No. 85