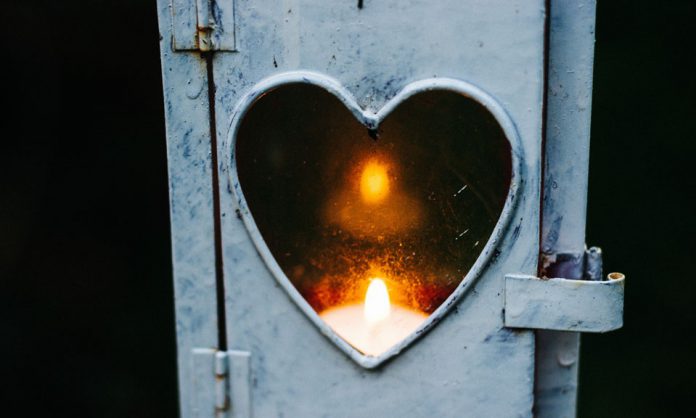 … and gave me something more precious than what I gave him.

Seeing homeless children is not that typical in progressive cities like New York, Washington, or Houston. In third world cities, however, they’re everywhere. Sadly, many of them are used by syndicates—gangs like those you read about in Dickens’ novels, which use the seeming vulnerability of children to provoke pity in passers-by. In Manila, I encounter many of these children, but one in particular stays with me because of what he taught me about the human heart.

It was a damp and rainy night. I was in my car, at a major intersection, waiting for the traffic light to turn green. All of a sudden, I heard a tap on my window. It came from a young boy of nine or ten begging for alms.

Seeing him, in his tattered clothing and almost bare feet, my heart dropped, then pulled apart. It hurt to see him suffer, and yet, I was afraid of reaching out.

I didn’t want to give him money but remembered that in the back seat, I had a McDonald’s burger I’d decided to forego. Food would be a better, safer donation than money, I thought.

I rolled down my window, handed the burger to him and smiled. He smiled back, through the pouring rain.

My heart dropped again. “How can he smile for something this small?”

I suddenly felt like I was doing something wrong. I felt cold-hearted, helpless, and useless. I should be doing more for him, I told myself, as another voice answered, “If I did more for him, I’d have to do it for the thousands, if not millions, of street children like him. That’s a problem too big for me to solve.”

Half-guilty, I was hoping that at least my smile would tell him that I cared for him. Yet, that care seemed unjust, patronizing, insincere. My smile seemed more like a mask to hide my guilt and fear, than an expression of solidarity.

If I were in his shoes, I probably would resent all those in cars who, in this pouring rain, would only hand me a measly, left-over, cold sandwich. But here he was smiling back at me, gratitude and sincerity shining in his eyes.

The light turned green, signaling the end of our uneasy encounter. As I looked back to see what he would do, I saw him wave to someone in the distance. His scheming ringmaster?

Nope. Another street boy, smaller than him, came running. Once together, the first boy unwrapped the burger, pulled it in half, and gave one part to his younger friend to share. My heart dropped a third time.

I asked myself, “How could someone with nothing, a child with nothing, share the little he had? And here I was in a comfortable car, 10 years older, worried about him taking advantage of me?”

That moment taught me an ugly truth about myself. I realized how much fear and suspicion had seeped into my heart. I saw how easily I had allowed the unfair stereotypes of society to wound my ability to give. I saw my smallness and the empty holes in my own soul. Underneath my affluence was someone poor and tattered, even more than the boy who smiled at me in thanksgiving for that small sandwich.

But that encounter also became an icon. It showed me all that was beautiful and hopeful in the human heart. It showed me how something rich dwells in those who seem to have nothing.

That anonymous boy gave me something far more precious than what I could give him. He gave me a glimpse into humanity’s deepest impulse. An impulse deeper than hunger – the impulse to love.