It’s the season of moving up and graduation and my own daughter is due to take part in her very first moving up day in a couple of days (even before this article gets published). I was looking at my phone’s photos the other day and came across her first school day photo back in June, and I can’t believe how small she looked back then. I can’t believe that 10 months have flown by so quickly and she has survived pre-K — well, we both did. And now that it’s about to come to an end, let me look back and recount my learnings — because I have a few too, from her very first year in school.

My daughter and I are very close. From the time she was born to now that she’s four, we’ve never spent more than a few hours away from each other. A lot of people say that she’s clingy to me and her dad because she almost never goes anywhere without either one of us. So you can imagine my concern on the days (even weeks!) leading up to her first day of school. I’ve heard stories from mommy friends about kids crying their eyes out, having a literal tug-of-war, or banging the classroom doors because they don’t want their moms to leave them in the classroom. And in as much as I don’t want the same happening to us, I’ve somehow accepted the fact that this will happen. I’ve brought it up and discussed it with my child’s teachers and school admin and they assured us that it is normal and that they do allow guardians and parents to sit in, but only for the first few weeks, or until the child gets used to it. This somehow reassured me a bit but I still steeled myself for a day or two of crying and a week of sitting in in a preschool class. However, I shouldn’t have worried so much because she was a pro at it. We walked into her classroom, she sat down on the seat offered to her, took the clay and played with it. When I asked her if she wants me to stay, and she said “No, I’m ok,” I almost fell off my own seat. I asked her again if she’s sure and she just nodded. So I kissed her goodbye and left the room. Turns out, I’m the one who’ll do the crying and not her because obviously, she’s got this.

She made new friends, and so did I.

I think we were mostly lucky that her first batch of classmates is a close bunch — even her teachers told us that their class was the closest one among all their classes. And well, the friends-making were not limited to the kids in class but included the parents as well. A number of articles and movies have been written and made poking fun at the school line and the pressures that come with it (think Bad Moms), but this certainly was not the case in my school line experience, thank God. The class’ co-parents were soon nodding to each other during the drop-off and pick up, and it only took one school event for a few to start talking to each other. My daughter soon became friends with a number of classmates and pretty soon, us respective parents also followed suit. We talked about costumes, holidays, school work, and even big school plans when dropping off or while waiting for the kids to finish. A few more mommy friends who have kids around the same age as my kid is definitely a plus.

I got to reconnect with my rusty creative skills.

Working in the corporate world has somehow left my creativity in the dust, but apparently, a child in preschool will remedy that. I don’t know when it happened or if it really is the norm, but apparently, preschoolers get a number of dress-up days. Having a daughter who needed a costume almost every month breathed life into my rusty creativity skills. Altho we started out safe and boring — like a polka-dot yellow dress when she went as a pineapple for nutrition month, sometimes went the store-bought route when she went in a simple baro’t saya for Linggo ng Wika, but all the same, we finished with a bang for her last five days in school — or dress up week, when she went to school in her pyjamas, a colorful and funky 90’s outfit, a formal dress, a Luau outfit, and career costume for 5 consecutive days. Oh, that’s another learning for me, you have to be prepared for such dress up days so consider that when buying your kid a new outfit. For example, I got her a colorful dress with fruits printed on the skirt thinking that she can use it for next school year’s Nutrition month, but she was also able to wear it earlier than that when she wore it for Luau day. So creativity, practicality, and forward-thinking — I think I passed all three this year.

Every milestone is worth celebrating, no matter how “small” they are.

In my daughter’s school, her teachers send the activities she does every couple of weeks. So we were able to collect her work — from her paintings, hand prints, colored-in sheets, writing practice sheets, and even math practice sheets. Yes, sometimes I can’t help but be a bit OC over how she sometimes doesn’t write within the lines, or how she sometimes write her s’s and z’s backward, but I always remember that she’s just starting out and that OMG, my baby’s writing! The baby who couldn’t grasp a toy how many years ago can now write her name on her own. That is definitely cause for a celebration.

I heard the best stories of my life.

There are days when I too get tired of talking to a toddler and crave adult conversation, but I think the preschool years are a treasure-trove of anecdotes. I usually ask my daughter about her school day on the way home and she never fails to surprise me or make me laugh with her stories. One of the best ones for me is this:

Daughter: Mommy, today in school, I learned that f-u-n is fun!

So gear up for the best conversations of your life.

Her school accomplishments are worth far more than mine.

I was never an achiever in school and only had one or two awards, but her accomplishments felt waay better than how mine felt. You can say that she’s still just a preschooler and in preschool everyone gets awards, but the fact that someone else aside from you recognizes what she can do is in itself is a greater reward.

My daughter starting school is a bittersweet moment for me, as it’s the start of her independent life away from me and of her starting to be her own person. And even if this is her very first moving up, it definitely will not be her last. Every year from here on will be another moving up or even graduation day for her, and more letting go from me.

Em Cruz is MomCenter’s editor and a doting mom to a decisive yet sweet daughter. When she doesn’t have her hands full of motherhood, she moonlights as a geek and bibliophile. 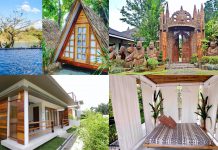 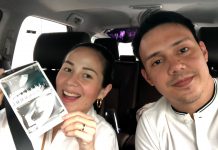 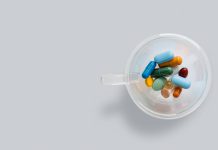