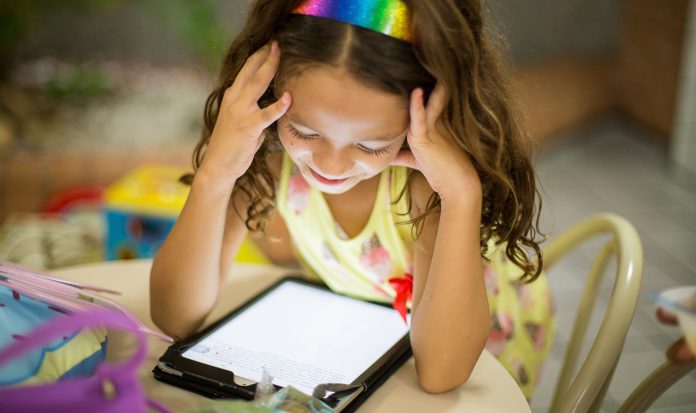 Let’s face it, screen-time is a parent’s number one enemy and no matter what we do there seems to be no escaping it. I personally believe that giving kids zero screen-time is like saying they can’t eat candy. It’s inevitable, especially now that we rely on technology more than ever. But, just like candies, you wouldn’t want to indulge your kids too much. So, while zero screen time is impossible, you can try and minimize it.

Summer is a time where kids have a vast amount of free time, and parents have very little of it. It’s one of those moments that the temptation is high for you to give them the iPad and reclaim some minutes to yourself. While it’s a perfectly normal feeling (don’t worry it is!), there are several ways to avoid giving into that temptation.

As I’ve mentioned, zero screen time may be impossible at this point, so the best way for you to curb that screen addiction is by setting limits. When you set boundaries, your child sees that you’re willing to compromise but, there is a limit. Set clear reminders and put them on a timer. Once the timer goes off, they know that it’s time to put the screen down.

Just be sure to be consistent with it. If you’re giving your son an hour and a half a day, don’t give him an extra 15-minutes so that you can finish watching the latest episode of Game of Thrones. Be firm and consistent each time because it helps cement the habit.

Turn it into an active activity

There are two kinds of screen-time, active and passive. Passive is when you allow your kids mindlessly watch YouTube and Facebook videos on their own. Active screen-time is when you’re watching it with them and actively participating with the video.

Going outside is a simple tip, but one that many of us struggle with. There’s no better way to minimize screen-time than actively involving them in a different activity that they will find interesting. More often than not, kids love going and playing outside.

If it’s possible and if the heat permits it, spend time outside and play with your child. If you’re too tired to play with them, consider giving them an activity that they can do outside like playing with puzzles, play with a ball, or draw on the floor with chalk. Just like setting limits, consistently do this with your child even for 15-minutes so that they realize how fun it is to play outside.

Have Friends Or Family Over

Inviting friends or family with kids over at your house for the summer is a sure-fire way to minimize screen time. Impose a no screen time or limited screen time rule for the time being. Encourage the kids to play with each other. You can also do some family activities like board games or game nights. It doesn’t just help minimize screen time; it also gives you a chance to take a break and socialize with other people.

Once you’ve decided to minimize their screen-time, you’ll hear your kids complain how bored they are. They will probably walk mindlessly around the house, or lounge somewhere without doing anything. That is perfectly okay behavior for a child. They don’t need to be continuously entertained, it also doesn’t encourage creativity.

As days and weeks go by, their behavior will gradually change. They’ll be more attentive, have more focus and are a lot calmer. Let them get bored, and they’ll eventually find something else to do.

I know how difficult it is, especially for working parents who probably have less time for themselves. But, you have to know that prolonged screen-time exposure poses a considerable risk in their developmental and emotional growth. While it’s easy to use screens as a pacifier, there are a lot of ways on how you can handle whiny kids.