When I was pregnant with Vito, I didn’t really care about how I would feed him. Breast milk, formula. All the same to me. They served one purpose and so I didn’t see what the fuss was all about. But my sister-in-law, Lizelle, was very encouraging about breastfeeding, my friend Jennie gave me her La Leche League book and Daphne kept blogging about it so finally I decided to at least make an informed decision.

I read up on breast milk and its benefits to both infant and mother, and on breastfeeding and how it’s done and its problems and how to overcome them. The research was just astounding. Breast milk truly is the very best food we can give our babies! So I decided to breastfeed Vito.

Theoretically, it was an easy decision to make. In actuality, breastfeeding is tough, and every morning I had to keep renewing my commitment to nurse my child. Still do, with Iñigo! For one thing, especially with Vito, I had to deal with my insecurity that my milk wasn’t enough. I was bombarded constantly by his yaya that my breast milk really wasn’t enough. She’d tell me Vito’s hungry even after he just let out a big fat burp. She’d comment that the reason Vito nursed so long was because I had no milk. She’d look at my chest and say, “You have small breasts. You don’t have milk.” She’d tell Vito, “Kawawa ka naman,  ginugutom ka ng mama mo.”

She wasn’t the only one. When I was out with Vito, strangers would come up to me and comment on how cute he was. Then they’d ask, “What’s his milk?” And when I reply that he’s breastfed, they’d all say, “Is that enough?” They just commented on how healthy my baby is and then they ask me that?!

I held out for 4 months but finally I asked Vito’s pedia about it. She told me, “But Vito’s so healthy and chubby. He’s even developmentally advanced. You have more than enough milk.” 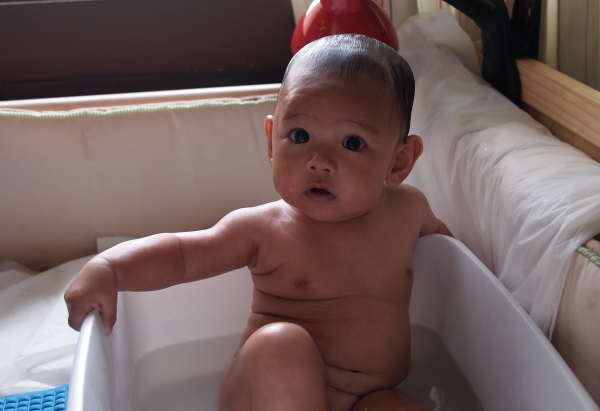 This was Vito at 4 months old. Does that look like a starving child to you?

But yaya won’t let it go so I asked the pedia if it’s okay to have formula anyway, you know, just in case. So she said, “If you insist, try this goat’s milk formula. It’s not as heavy as cow’s milk and free from growth hormones.” And that’s what I did. I instructed yaya to give the formula only when my supply of expressed milk runs out, but I know she felt that formula was better than my milk.

I still nursed Vito until his 13th month, when he decided on his own to wean. I don’t feel bad about giving him formula; what I feel bad about is I gave him formula because I let myself be bullied into doing it. So when Iñigo was born, I promised myself these things:

Sure enough, Iñigo’s first yaya did what Vito’s yaya also did: She told me I can’t possibly have milk given my small breasts. This time, I stood up for my body and I told her to never comment on my milk-producing capabilities and the shape of my body ever again. When strangers ask about Iñigo’s milk and then doubt my proud answer, I tell them that yes, breast milk is the only thing I feed my baby! Judging by his cheeks and hefty thighs, my milk is the very best and it is bountiful. 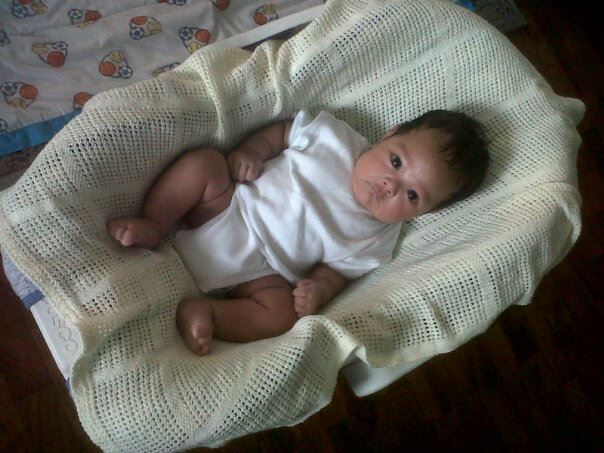 So, dear mommies who are struggling with doubts on breastfeeding, trust your bodies. We were built to  feed our babies. You have to believe that!

Please read this article, Dispelling the myth that many women can’t produce enough milk.
Please also visit Chronicles of a Nursing Mom or like her Facebook page. Jenny Ong curates a lot of very good resources, articles and helpful links about breastfeeding.