More than three decades have passed since the EDSA revolution yet no one can discount the fact that it is still one of the most important events that shaped our country’s history. Not only did it free the Philippines from dictatorship, it also became a clear proof of how collective efforts from people who want change can create an enormous and powerful difference.

Despite exhaustive efforts to inform, it’s undeniable that most of the younger generation today do not fully grasp the significance of the event celebrated every February 25. False information that is excessively disseminated online can even confuse young minds. If we want our children to remember one of the most meaningful events in our country’s history, the teaching needs to come from us — their parents. We can start by telling our kids of the different lessons we can learn from the EDSA revolution.

Change can be achieved peacefully.

Give the kids a picture of what life used to be under the Marcos Dictatorship and why people were so adamant to have change in the country. Express to them the feelings that were prevalent during that time — fear, doubt, and a strong desire to turn things around. Despite these strong emotions, the people did not resort to violence. Instead, the first People Power was like a party more than a revolution — families went to EDSA to camp out, the APO Hiking Society sang songs like “Bayan Ko” and “Magkaisa” to ignite the Pinoy spirit, and civilians took the courage to approach the soldiers Marcos sent not to fight but to give them food and flowers. It was kindness against artillery — and kindness won.

We can do so much more when we’re united.

Ask your children what they can achieve when they’re alone. Then, ask them what they can accomplish if they have companions sharing the same goals as theirs. Tell them that the EDSA revolution was proof of what Filipinos can achieve when they’re together. Because of their great desire for change, millions of Filipinos gathered together, supported each other, and made a dictator step down from power.

Freedom is worth fighting for.

Let the kids understand why Filipinos during the Marcos regime were so eager to see change. You can tell them what happened during the duration of the Martial Law. For almost 20 years, President Ferdinand Marcos ruled in such a way that is oppressive and repressive — Filipinos can’t go out at night without fearing for their life, can’t express their opinions, and are under the mercy of some abusive officials. The last straw came when Marcos’ most vocal opponent — Benigno Aquino Sr. — was assassinated. After that, Filipinos came marching to the streets and began a four-day protest now known as EDSA Revolution. The people’s great desire for change and for freedom made them fight for it.

It was also for the children.

Ask your kids what they love doing the most. If they mention something like “going out at night” or “writing blogs,” tell them people during the Martial Law cannot safely express their opinions, or walk the streets at night. Marcos’ dictatorship stepped over basic human rights. Ask them if they can imagine experiencing that today. Help your kids realize that the People Power Revolution was also for the future generations, and it is something we should all be thankful for.

The fight for change doesn’t stop at EDSA

The stories of EDSA are too great not to share with our young kids. Let us help raise a generation who understands the true meaning and successes of February 25. How do we keep the spirit of EDSA alive in the years to come? Teach its significance to our children. 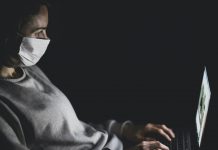 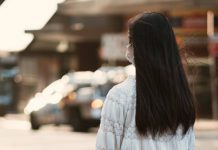 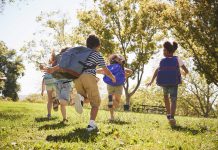