When my child started school, everyone told me that I should be prepared for random sicknesses. The school’s directress even informed the parents during the orientation to expect this — that it’s quite common for kids to get fevers, coughs, and colds seemingly out of the blue during their first year at school. It’s quite logical, considering that kids’ immune systems have yet to be exposed to infections, making them more prone to illnesses than older kids and even adults. At the same time, schools can be considered breeding grounds for different germs and viruses. And since it’s common for kids to hold hands, share toys, and even food, they can share germs and even sicknesses as well.

Basically, you should prepare yourself because your child will get sick. The more you arm yourself with the right information and knowledge to handle the sicknesses your child might bring home from school, the better prepared you are in identifying what ails him and alleviate what he’s feeling ASAP. Here’s a guide to the most common illnesses in children and how you can handle them: 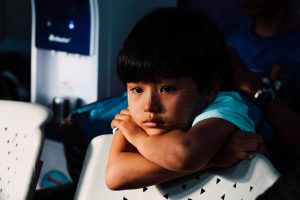 If your child came home with the sniffles, which may include or result to mild fever, congestion, coughing, and sore throat, then the best way to treat is with lots of fluids and rest. If your child seems uncomfortable, you can use saline drops or nasal spray to moisturize his nasal passageways and an aspirator to remove excess mucus. A cool-mist humidifier (provided that it’s properly cleaned and maintained) or diffused essential oils could also alleviate his discomfort. Kids can bounce back from a case of the common cold in around 5 to 7 days.

Sore throats are quite common in children and can be painful. Virus-caused sore throats do not need antibiotics and you can relieve it by letting your child sip warm liquids, gargle with salt water, eat cold or frozen liquids (such as ice pops), suck on kid-friendly lozenges, and even take Pedia-prescribed paracetamol or pain-relief medicines as necessary. A bout of sore throat in kids typically last for 7 to 10 days. However, if your child’s sore throat lasts for more than a week or exhibits other symptoms such as difficulty in swallowing or breathing, tires easily, and has pus in the back of his throat, then it’s best to consult your Pediatrician as your child might have streptococcus bacteria or strep. If your child has strep, then he will require a doctor-prescribed full-round of antibiotics to get better.

Roseola is a generally mild infection that’s very common in kids. Some kids only develop a mild case of it that they don’t seem sick at all, while other kids can exhibit the full range of symptoms. Roseola’s symptoms include high degree fever and rashes — which typically appear after the bout of high fever. Other symptoms can include irritability, mild diarrhea, decreased appetite, and even swollen eyelids. You can help minimize your child’s discomfort by managing the symptoms, such as reducing the fever with the use of doctor-prescribed fever medications and keeping him hydrated. You can also keep him home until the rashes disappear. Roseola typically lasts for a week, but you can also contact your Pediatrician and go for a checkup if he has high-grade fever for more than 3 days. 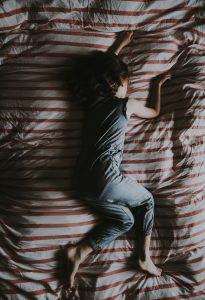 Gastroenteritis, also known as a stomach bug, can cause vomiting, diarrhea, and even stomach pain in kids. It can be caused by a variety of viruses such as norovirus, which is known to swiftly move through child-care centers and schools, and even rotavirus. If your child has bouts of diarrhea or vomiting and tummy pain, and you think it’s a stomach bug, you can ensure that he doesn’t get dehydrated by offering him enough fluids or even electrolyte solution — offer it to him in small amounts, gradually increasing every 15 minutes. You can also offer him probiotic supplements or probiotic-rich foods such as yogurt, which can promote healthy flora in his gut. Gastroenteritis usually clears up after a few days to a week with proper rest and care.

Hand-foot-mouth disease or HFMD is caused by the Coxsackievirus that is highly contagious, passing from kid to kid through touch, sneezes, coughs, and even fecal matter. Kids with HFMS get sores and red blisters on their hands and feet, which can last from 7 to 10 days. There’s no other treatment for HFMD aside from relief of symptoms, so you can give doctor-prescribed paracetamol if your child feels generally painful, and ice pops or cold fluids for his sore throat.

Pinkeye, also called conjunctivitis is an inflammation of the tissue lining the eyelids that cause redness, yellowish discharge, blurry vision, and crusty eyes. Pinkeye in kids could be caused by either a bacteria, virus, allergies, or various irritants. If your child’s pinkeye is due to a bacteria, then he would need antibiotic drops for treatment. On the other hand, a viral pinkeye or one that’s caused by irritants or allergies does not require any medication aside from rest. If your child has pinkeye, don’t let him return to school until he’s been treated for at least 24 hours. At the same time, ask him to avoid touching his eyes and to wash his hands regularly so that he doesn’t infect anyone else.

You can also boost your child’s immunity so that he’s not prone to these common illnesses by giving him a glass of Similac GainSchool every day. *Similac GainSchool is the world’s first formula milk that contains Human Milk Oligosaccharides or HMO, which is typically found in breastmilk. HMO in formula milk are said to stimulate the beneficial bacteria found in your child’s gut, which can lead to stronger immunity and as much as 66% less infection. At the same time, Similac GainSchool contains additional vitamins B12, D, Folic Acid, and Zinc that further boosts immunity, plus protein for growth and development, calcium for strong bones and teeth, nucleotides for normal cell function and replication, and anti-oxidants that help protect cells. It also contains a unique combination of DHA, Lutein, and RRR (Natural) Vitamin E that can help boost your child’s brain function.

Busy moms can now easily get their child’s Similac GainSchool anytime, anywhere, thanks to Lazada. Just sign up, log in, and cart your child’s milk via the Lazada site or Lazada app, and your Similac GainSchool will be delivered straight to your doorsteps. Definitely a big help for mamas!

*All content in this article should be taken as for informational purposes only and should not be considered as medical advice. Always seek the direct advice of a medical professional for any health issues or concerns. 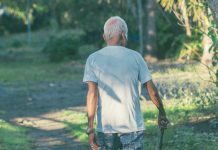 Parenting Our Parents in the Time of COVID-19 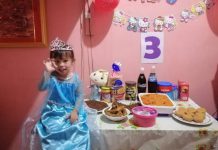 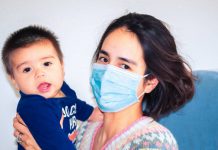 How to Self-Quarantine, Self-Isolate if I have a Large Family

How Can Sudden Infant Death Syndrome Be Prevented?