It’s that time of the year again.

Well, just before we celebrate Christmas, kids also look forward to enjoying the Halloween break. That’s because of the seemingly bottomless sweets that they can get from trick or treat events.

Back then, Halloween was not greeted with festive-like celebrations in the country. Most Filipino’s would only refer to it as All Souls’ Day. You’d get the feel of it when TV stations start to air horror programs weeks before November.

Shows like Magandang Gabi Bayan and Mel & Jay feature special episodes of real-life ghost and horror stories. It was scary but we still watched and looked forward to it every year.

There was also this radio program called, Gabi ng Lagim, which my siblings and I used to listen to, during weekend nights before going to sleep.

With today’s technologies and TV programs, it is sometimes hard to let kids associate Halloween as a ‘scary’ or even a solemn occasion. It’s probably because of what they watch. Movies like Hotel Transylvania or Vampirina of Disney Junior make these so-called horror characters seem even more friendly than the hungry stray dog in your neighborhood.

And since it’s for the next generation to enjoy, letting them dress-up to some of their favorite characters will surely make it unforgettable for them. Here are a few themes, easy DIY, and inspirations to get your creativity going when choosing your child’s Halloween costume:

Mythical Creature. Every young girl’s favorite is a fairy costume. Wings and flower crowns can be found in the malls or Divisoria if you are on a bargain hunt. Pair up these props with tutu dresses that you can buy in the malls or even in shopping centers like Greenhills. 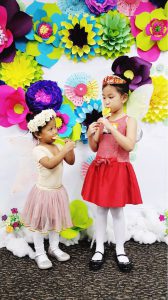 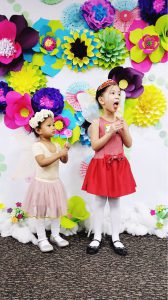 In photos are cute vlogger siblings, Zia, and Zela Larrosa, of #theclingyfam.

An Animated Character. A good choice, I suppose, if you want to stand out from your peers. Animated movies became a hit when the first Toy Story movie was launched in 1995. It was followed by other successful movies including Shrek, Incredibles, Despicable Me, Kung Fu Panda, and more. 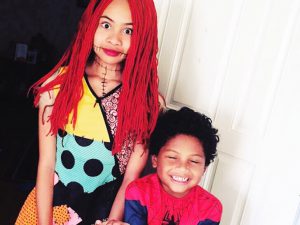 Jayla Wells picked a fictional character, Sally of the Nightmare Before Christmas. Many kids may not recognize her character as the film became famous way back in the 1990s. Her red hair perfectly nailed it with drawings on her face to resemble a stitched ragdoll. With her is brother Jason, who definitely enjoyed his Spidey suit.

Other animated Halloween movies you can choose from are, Corpse Bride, Monster House, and Frankenweenie (if you want to dress up your fur-baby too 😊).

Superhero. For the past decade, Marvel and DC have made famous quite a number of superheroes for the young generation to admire. From Spiderman, Ironman, Thor, to Superman and Batman, you and your kids are sure to have a lot of options to choose from. 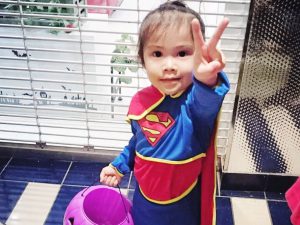 Movie Villain. If superheroes are not your type, choose a villain instead. Partner up with your kids to make it even more enjoyable and memorable for them. 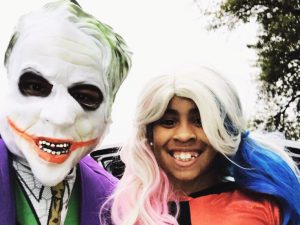 Miguel Portillo (@my_poppa_luvs_me) shares one of their favorite costumes —  the Joker and Harley Quinn. Dye a faux white hair for an easy Harley-do while a Joker mask is probably an easy find in the toy store.

Video Game Characters. Who said that Halloween parties are just for kids? Teaming up with friends will ensure that you stand out from the crowd.

Can you guess the characters that they are trying to portray? Write down in the comments below.