Knowing that it’s the best nourishment for my baby, I decided that I will breastfeed her until God knows when. I told my husband about this decision and told him firmly that we should not entertain external negative opinions. Whatever other people might say, our child would be breastfed. Until when – no one knows.

When our baby arrived on 18 April 2016, we had our first latch in the delivery room. Thank God I gave birth through natural spontaneous delivery (NSD) so I was wide-awake during our first skin-to-skin and first latch. I was so joyful when I saw her and I felt really elated when she successfully latched on me. Oh, my heart! I remember everything vividly! (I’m even smiling as I’m typing now.) 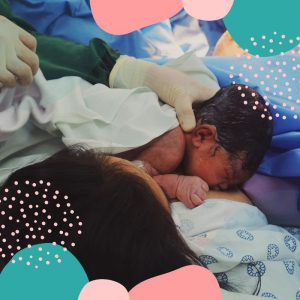 My baby latched very well. I remember recalling all the things I learned about a good latch while watching her breastfeed during the first few months. Yes, months! I was just at awe for that long! It felt magical! However, like any breastfeeding mother, I experienced some challenges along the way.

During the first few nights, I experienced episodes of really painful engorgements. Good thing my endless research got me prepared for that.  During the times that my breast would feel engorged, I would ask my husband to fill up a bottle with hot water and I’d use it as my warm compress, and then have my baby latch to lessen the engorgement.

A week after birth, my little girl got admitted to the hospital for breastfeeding jaundice. Her pediatrician is a breastfeeding advocate and has breastfed her two kids until their third year. She told me not to worry and just continue breastfeeding. And so we did. We were discharged a few days later with no feeding session replaced or supplemented.

During that same hospital admission, I had nipple sores. My nipples had wounds, which would hurt every time my daughter latched. But again, stock knowledge from my research pushed me to continue and disregard the wound. It was painful but I was confident that it would soon heal on its own, and I know that the health of my daughter is more important than the superficial pain I was feeling.

I also experienced clogged milk ducts and we also had some difficulty with my strong letdown. For those issues, I just researched, tried worked it out on my own, and sought help from lactation consultants. We just pushed on and enjoyed a smooth breastfeeding journey for three years.

I have read a few stories about nursing aversion, but never did it cross my mind that it would happen to me. It was a very dragging experience, which is both physically and emotionally exhausting. It started in February 2019, a few months before my daughter turned three.

After more than two years of breastfeeding, it suddenly felt strange. I felt uncomfortable. I felt too touched-out. I would cringe every time my daughter would latch and I would cry inside and silently scream for her to stop. 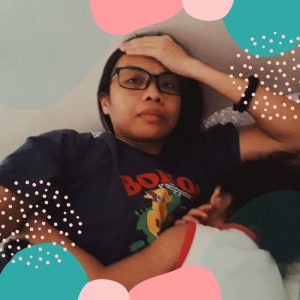 There have been feeding sessions with both of us crying. There were times that I would yell at her and tell her to go to sleep. And once she’s asleep, I would cry my heart out by our bedroom door because I felt guilty for shouting and because I want myself to love breastfeeding again.

To make up for the not-so nice acts I have shown, I always talk to my daughter every morning and tell her what happened the night before. I tell her the wrong things I did, I explained to her that what mommy did was wrong, I apologize and explain to her how mommy is feeling, and I tell that I love her so much.

It pressed on for a few more months. I felt that the end of our breastfeeding journey was drawing near. I contemplated about it – I have given her my best for almost three years then, I was no longer myself, I became an angry mom whenever she would breastfeed, and I was longing to have my body back again.

Finally, we – my husband, our daughter, and I – agreed that we would have to stop breastfeeding when she reaches three years old (April 2019). I believe she understood, but of course, it would be hard to just suddenly take away something that she had for three years since she came into this world. I tried to understand that. 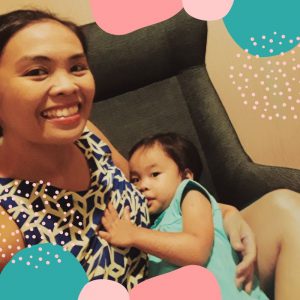 I had my expectation set that we would stop maybe by May 2019, but she did not. My breastfeeding aversion worsened. There had been times that I shout hard at her and even hit her (mild slap on the butt) because I desperately want her to stop.

People have judged me for doing so, but I was blessed with a husband who did not. He comforted me whenever I would cry night after night after our daughter breastfed to sleep.

I struggled hard. I was deep, deep, deep, down there. I sobbed, I bawled, I shouted! I slapped myself hard. I hit myself with books that we read for sleeping. I got wounds from punching our walls. I got a big lump on my forehead after hitting myself hard with my phone. I threw away knives on the sink to keep my mind and hands away from them. I was in the dark.

But what can I do? All I had to do was to wait until she stops. I was unintentionally hurting her and myself. I know it was wrong to shout or hurt her, but the emotion was just too strong every feeding session. It got the best of me.

Until eventually, in June 2019, we had our last breastfeeding session. Three months looking back, it wasn’t like how other mothers feel about their last feeding session. I did not get all sad and emotional because the breastfeeding bond is over. Instead, I felt free. I felt like we won over some very exhausting race. I felt lighter. I became a happier mom. 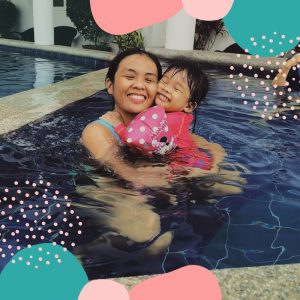