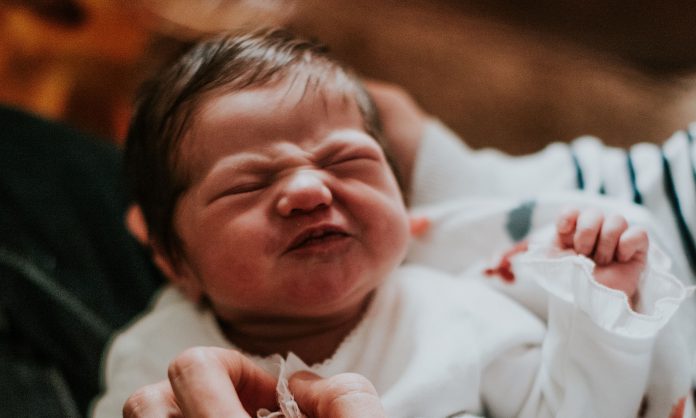 As kids, we grew up with our elders saying “pwera usog.” As new moms, we get the same oldies telling us to be careful of our new babies getting usog. We hear it all the time, but what exactly is usog?

Depending on who we ask, elders have different definitions of what usog is. But basically, usog or balis is similar to an evil eye hex — wherein an affliction or psychological disorder is attributed to a stranger’s greeting. In babies or kids, getting usog or balis usually means unexplained bouts of crying, fussiness, colic or kabag, or even fever or diarrhea if the usog is malakas.

Is there a scientific explanation for usog?

Usog can be the consequence of a child’s failure to adapt to change. So in scientific terms, it can be a condition or a consequence of the disruption of homeostasis through physical and psychological stimuli brought about by the stranger. This change in the current environment and setting could lead to the child feeling or perceiving a painful discrepancy, whether real or imagined, in either the demands of the situation or any aspect that the stranger’s presence brings. This stressful stimuli can be:

What are the symptoms of usog?

Possibly symptoms of a child with usog could include bloated tummy or kabag and incessant crying or fussiness. It can also include unexplained bouts of diarrhea or as some parents say, even fever.

What’s the cure for usog?

If a child is afflicted with usog, parents or elders will try to “treat” it by applying or massaging coconut oil, langis, or aceite de manzanilla on the baby’s belly. Others will bring the child to an albularyo or manghihilot. Another “remedy” is by boiling the child’s clothes — specifically the ones he was wearing when the usog took place, in water. While others will try to look for the “perpetrator” of the usog and ask him to place his saliva on the child’s belly or feet while saying “pwera usog.”

Out of all these “cures,” the only ones that might have scientific or medical basis are aceite de manzanilla and saliva. On the latter, recent medical studies have discovered that saliva actually contains a substance called opiorphin — related to morphine and other opiods, which are generally used in modern medicine as painkillers.

Is it dangerous to believe in usog?

Usog is not yet medically accepted. And while there is nothing wrong in respecting or even believing our elders’ beliefs, we must also ensure that our child’s health or safety is not in any way at risk when doing so. For example, spitting or placing saliva in a baby’s body part is so unsanitary. Many diseases can be transmitted through our saliva, such as the common cold, the flu, mumps, chicken pox, measles, hand-foot-and-mouth disease, and German measles, among others — all of which are harmful (or even deadly) to small babies. At the same time, another consideration are allergic reactions that some babies might have in response to oils or leaves applied onto the skin.

Always remember to err on the side of caution and follow your maternal instinct. If you feel that something is wrong with your child, then it’s best to consult your pediatrician or healthcare practitioner on the matter.