This is a story about how our second daughter — Malaya, arrived into this world. To be clear, we chose and decided on her name, Malaya Ariadne right after we confirmed her gender. Little did we know that Malaya will truly and fully embody her name.

We conceived Malaya, or Maya quite unexpectedly. We’re not the most fertile of couples so we were very grateful to find out that we were expecting for the second time. The pregnancy was quite uneventful until about the third trimester.

At 34 weeks I went into pre-term labor — it started as a feeling of naninigas. At first, it was bearable, until it became downright painful with cramps that went down my right leg. Unfamiliar with the feeling and quite scared, we rushed to the ER. We found out that I was having regular contractions and was 1 cm. dilated. Diagnosed as pre-term labor, I got admitted for 4 days. Eventually, my contractions were managed and I got discharged with strict orders to take the prescribed meds, stay in bed rest, and monitor my contractions.

And stay in bed rest I did — alternating between sleeping, reading, and social media. But my bed rest will be short-lived. Around 5 days after I got discharged from the hospital, I woke up at 4 am with a bit of discomfort. I told my husband about it and while he offered to go to the hospital ASAP, I said it wasn’t as painful as the cramps I had before. I then decided to monitor it in the next few hours. He got our eldest ready and soon left with her for school.

A few hours later, my pain went from slight discomfort to unbearable — but it came in waves, at times going completely away but also rendering me immovable after a few minutes. I called my husband again and we agreed to go to the hospital. A few minutes after I hung up, I got up to pee and saw a drop of water and blood on my leg. Then whoosh — my water broke. I calmed myself and thought: ok, a popped water bag doesn’t mean that the baby will come right after, right? So I got my phone to call an ambulance to proceed to the hospital ASAP. But boy, how wrong I was.

I wasn’t even finished dialing when I felt something down there — and to my horror realized that I’m about to give birth then and there. I quickly sat down and instead of the ambulance called my husband again and screamed that the baby’s coming. Unfortunately, he was stuck in traffic and couldn’t help obviously (curse Manila traffic!). The good thing was our Ate was there with me. She didn’t leave me to scream in the corridors for help and instead, stayed with me throughout the ordeal, God bless her. I soon realized that Malaya was in a breech position, as her feet came out first. Malaya got a bit stuck so Ate screamed at me to push, I screamed at her to wait and pushed as hard as I could. And in between both our tears and my screams, our baby – Malaya was born into our arms.

I was scared to look at Malaya because she was grayish and didn’t cry. I asked our ate to rub her chest and back to warm her up and she did — I didn’t know if this would work but I remembered praying to the high heavens and hoping that it will. Ate also had the good sense to press her nose and mouth to clear it of water, and after a few seconds, she gave a good cry.

I wanted to hold her (or cry and break down or scream my heart out) but instead, I got my phone and again called for help. I called the nearest hospital — a big one in BGC and asked to be connected to emergency services. I told the operator that I had just given birth at home and needed an ambulance and medical help. She asked for my details, which I then provided, and she then promptly said, “I’ll send you a quote ma’am.” I didn’t get it at first and then realized she’s referring to the cost of the ambulance. I couldn’t believe that I’m lying in a pool of my blood with my premie daughter who’s still attached to her placenta and I’m supposed to approve the cost first before I can get any medical help. I told her that I don’t need a quote and if she could please just send the ambulance.

I just got off the phone when my husband arrived and saw us in all our bloody glory. I told him to wrap up our baby, but since she’s still attached to the placenta — which thankfully also came out right after her, he was clueless how to move her. I then told him to place the placenta in a basin so that he can move her — all the while thinking it’s ok since it’s almost the same as how delayed cord clamping is done (I think?). A guy then knocked on our door and said he’s a doctor. He checked on me and when he saw I was awake, then proceeded to check on Malaya. I initially thought he was with the ambulance I called for but I later found out that he was a neighbor. Our next-door neighbor heard my screams and cries and asked our guard if there was a medical practitioner resident in the building — and thankfully found him. A few minutes later, Taguig Rescue (whom our neighbor also called up) and Lifeline (sent by the hospital I called up) knocked on our door and a flurry of activity ensued. My husband, after ensuring that Malaya is still in our Ate’s arms and being cared for, turned to me to pick me up. He told me to not look down but unfortunately, I did, and my knees buckled upon seeing all the blood and the realization of what we just went through. I had a good cry for a few minutes (I needed and deserved it), washed myself, stuck a newborn diaper (from Malaya’s stash!) into my underwear, changed clothes, and together with Malaya, boarded Lifeline and proceeded to the nearest hospital.

In the hospital ER, Malaya and her dad were whisked into the NICU while I was wheeled straight to the OB wing. There they cleaned me up — I was exhausted by this time and slept through the whole ordeal. I was only well enough to go to Malaya a few hours after.

Malaya had to stay at the NICU for more than a week to ensure that she’s well. I got discharged a day after we arrived but had to stay for almost a week at the hospital just to directly breastfeed her — as directed by our pedia. It was a challenging few days. I soon found out that unlike my eldest, Malaya had a hard time latching — every feeding felt like the first time. Aside from breastfeeding issues, I felt like a zombie wandering the halls of the hospital — sleeping alternately in between feedings at the OB wing’s lounge’s couch or the NICU’s lazy boy. At times leaving the hospital for a few minutes just to clean up at a nearby Airbnb. I hope that hospitals and even the DOH would also consider the welfare and even hygiene needs of new moms alongside their thrust to promote breastfeeding. Because I’m sure premie moms would be more than willing to stay with their babies if needed if there are safe and clean facilities (i.e lounges and restrooms) for them to use. After a week, our pedia allowed Malaya to cup feed, which also meant that I have the option to finally go home. For the next few days, my routine was to stay with Malaya at the NICU and breastfeed her during the day, go home at night and pump, and repeat the following day plus bring bags of pumped milk.

Today, Malaya and I are home. We’re both doing well and she has adjusted to breastfeeding (compared to when we were in the NICU). Looking back, it was one hell of a story. And I know how blessed and lucky we were — I fully realize how several things could’ve gone wrong during the birthing, which could’ve seriously put us both in danger. I’m also grateful for our Ate who didn’t leave me, our neighbors who called for help, and the doctors and medical practitioners who took care of us. I’ve seen and read stories of moms opting for a natural childbirth at home and even now that I had gone through almost the same thing, I’m still amazed at the strength and courage it takes. Truly, considering the pains involved in motherhood, moms deserve all the rep we get.

Malaya means “freedom” and Ariadne means “most holy.” Some people take a lifetime to live up to their name. My daughter, on the other hand, has done so right from the start of her life. 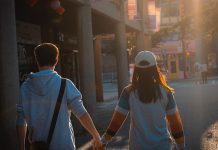 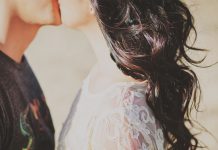 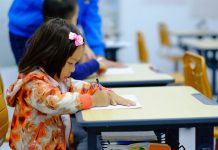