Our children need only the best role models, don’t you agree? Where appearance still dominates and dictates the way we look at women in society, here are the ladies who run the world with undeniable grace, brilliant minds, and genuine hearts. May they inspire our little dreamers.

“I’d been lucky to have parents, teachers, and mentors who’d fed me with a consistent, simple message: You matter. As an adult, I wanted to pass those words to a new generation.”

When former President Barack Obama took office in the United States, the former First Lady also rolled up her sleeves and launched meaningful projects for women and children in America. In 2018, she published her own memoir, Becoming, giving inspiration to people across the world.

Kara has been serving the public for more than a decade with her award-winning stories, but to her, people are more than just about how they live their lives. In 2002, she founded Project Malasakit to uplift marginalized youths by sending them to school. To this date, the program has helped 20+ scholars and currently have jobs.

“It’s amazing what we can do when we dare mighty things, together.”

The recent Mars breakthrough mission was led by Indian-American Swati Mohan. Her keen interest in physics as a young girl led her to the fateful and successful landing of the Perseverance rover. The work she does is a giant leap towards understanding humanity and life in the universe.

Sisters Ann & Billie Dumaliang have been the unwavering protectors of 2000+ hectares of land in Baras, Rizal since 1996. Famously known as Masungi Georeserve, this is a place where natural beauty, sustainability, and community come together. Despite the challenges they face, they continue garnering recognition through their conservation efforts.

“The future is wide open — and yours for the taking.”

In Dr. Reina’s eyes, science is an adventure. Having parents who have encouraged and patronized her curiosity and being “mausisa”, she grew confident to follow her love for space and data, and has been contributing her genius to the betterment of Filipino society. She champions Filipino scientists, both professionals and aspiring little ones.

“What brings us together as a nation is far more powerful than what pulls us apart.”

We have never witnessed a woman constantly have grace in the face of adversity until Bicolana Leni Robredo took office as the 14th Vice President of the Philippines. A widowed mother of three equally steadfast ladies, she has been putting women and those in the “laylayan” (fringes) of the Filipino society on top of her advocacies. 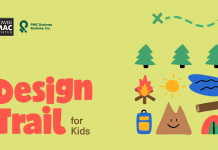